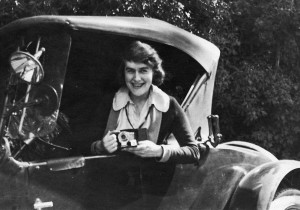 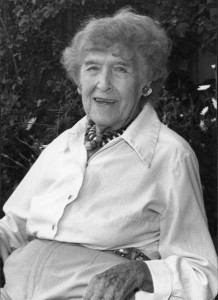 Esther Meyer was a prolific artist who created watercolors, oils, etchings and dry brush compositions in the decades between 1920 and 1950 when she lived in San Francisco and Mill Valley. She retired to Hill Haven in Tiburon in 1955 and then to Belvedere in 1975, passing away at age 103 in 2000.

Esther was selected as the Honorary Member of Landmarks in 1989 and in that year she donated the body of her work to the Landmarks Archives. This generous donation included sketch books, copper plates and art books as well as numerous works of art. These treasured works are a central part of our Artist as Historian collection: recording the fabric of life in places which are familiar but have changed drastically since they were depicted. Most of the work she donated is of scenes around Belvedere and Tiburon, however we have four fine watercolors that show scenes beyond out area of interest. We are offering these for sale to help finance the ongoing restoration work of our art collection.

These two watercolor and ink San Francisco street are offered for sale at $1,500 each. Corner of Clay and Maple was shown in 1941 at SFMOMA. Esther Meyer made numerous trips up to the Sierra foothills to draw and paint the vanishing old Mother Lode towns. We are offering two watercolors from this area at $1,800 each. Dutch Flat was shown at SFMOMA in 1944 and 1947. 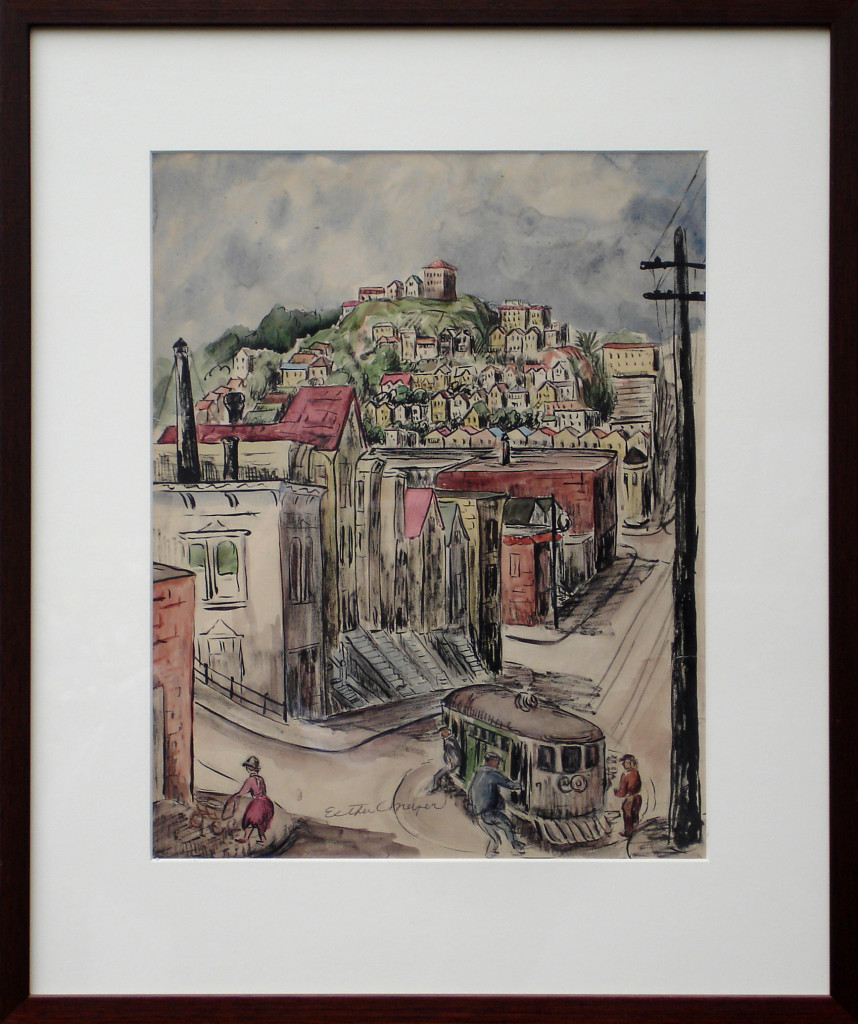 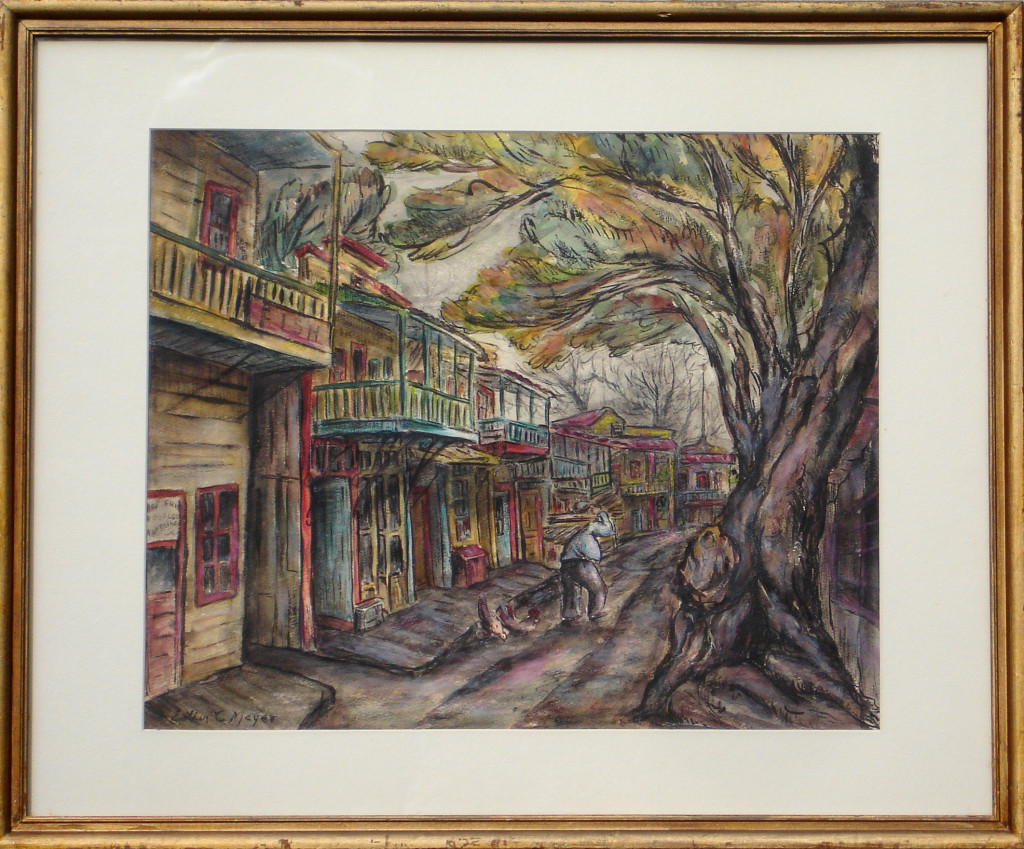 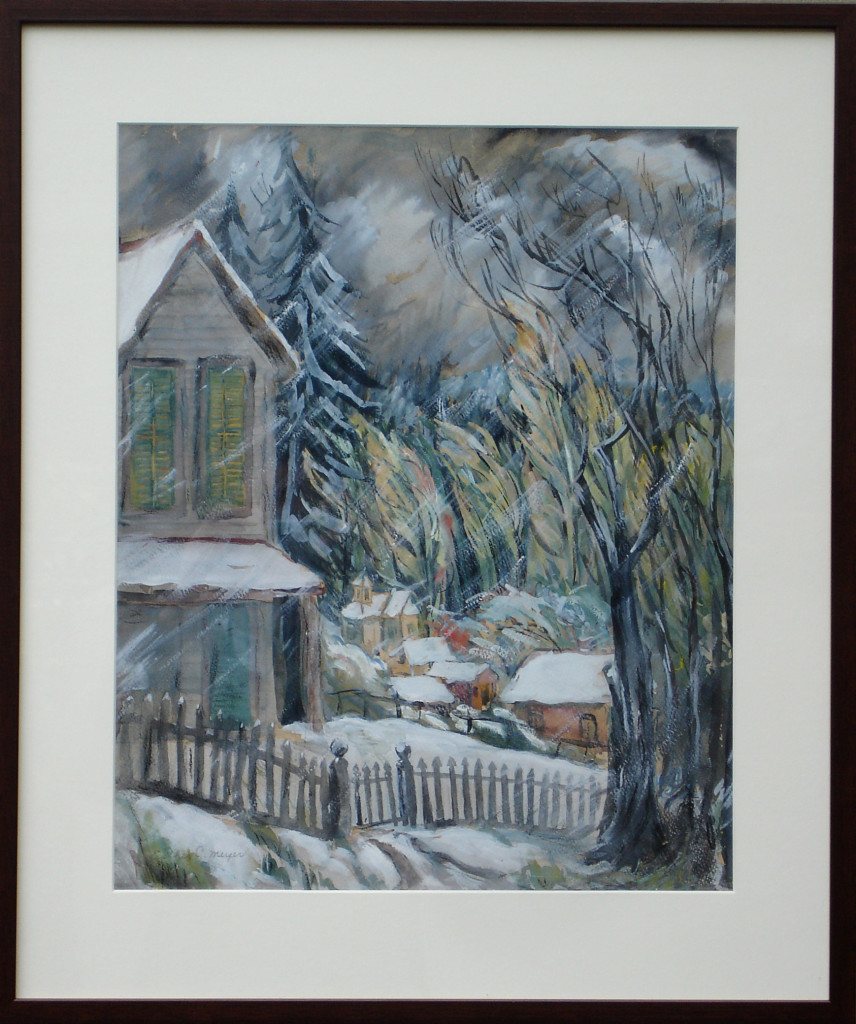